Focus On The Three T’s!

Start-ups and fundraising are synonymous and I find myself once again in the middle of a fundraising process. No matter how many times you do it, raising venture capital always feels like a daunting, if not mysterious, process. As I reflect on my own efforts, I’m reminded that — in good or bad funding environments — success really comes down to the three T’s: Team, Timing and being Transformative.

The first “T’, and by far the most critical, is Team. You can have the greatest opportunity in the world and perfect timing, but it doesn’t matter if you don’t have an executive team that is up to the challenge. On the other hand, opportunities that don’t fall in “the next biggest thing” bucket can deliver a compelling return at the hand of a well-seasoned and well-aligned team. Investors know this better than anyone and the majority of their wins come from the latter category of opportunities.

This may surprise some, but the second most critical “T” is Timing. We have all heard the analogy of the pioneers and the settlers and it’s true — timing plays a massive role in determining outcome and shaping strategy. In 1995, VocalTec released the first Voice over IP  (VoIP) software phone, but it was not until a decade later, 2004, when the first widely adopted commercial VoIP service emerged. Along the way there were many VoIP investments and failures. Many of the VoIP leaders today — think Skype, Vonage and Shoretel — were relatively late to the market but had the advantage of better timing. The VoIP survivors, VocalTec among them (you may know them by the name MagicJack today), understood market timing and how to attenuate their product, go-to-market and capitalization strategies to align with it.

Last, but certainly not least, is Transformative. Just to be clear, I’m not saying that you need some earth-shattering technology that you can lock-up with patents in order to corner a market, this strategy alone seldom works. Rather, I mean you need to transform your target market in some meaningful and sustainable way. I call this a “durable differentator”. While hopelessly overused, I will call upon Apple and the iPhone as a case in point. Apple was not the first to develop a phone that runs apps — Nextel was running apps on Java-enabled Motorola feature phones almost a decade earlier. Nor is iOS some break-through new operating system — it’s a Linux derivative. And, the first mobile “app store” and ecosystem was arguably delivered by Palm. But what Apple did do, nearly flawlessly I might add, is bring these technologies together and deliver them to the market in a way that was truly transformative.

My Apple iPhone analogy brings me to my final point — focus on getting the three T’s right because nothing else matters more! 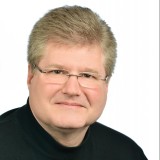 END_OF_DOCUMENT_TOKEN_TO_BE_REPLACED

There’s an old saying that great minds think alike, and at MESA, we’re fortunate to have …

END_OF_DOCUMENT_TOKEN_TO_BE_REPLACED

Tell us a bit about your background George. I’ve been in software and the cloud for about …